Canadian Concrete Leveling Case Studies: A Pool On The Driveway?

Nothing better than soaking up in a lovely pool. Wait, this home in Toronto, Ontario, had a pool forming in the front driveway? The homeowners had a driveway sink at the top near their house, causing water to pool and ice to form in the colder months. The water freezing right over the front porch made the owners worried they might slip when leaving the house. In the warmer months, the ice that covered the front porch would flood near the home's foundation, which scared the homeowners, worrying that the foundation's integrity would diminish. They eventually reached out to Canadian Concrete Leveling to have this fixed for good!

Our Project Manager, Kyle O'Brien, went to the home and saw that the driveway was problematic. The husband and wife explained they needed to resolve the driveway issues because they were scared to leave home. Kyle set them at ease when he told them they could fix it in one day in under an hour. On the following day, Installation Specialist Mark Sealy arrived to fix this pooling mess. He applied our high-density polyurethane to the lowest points of the driveway to lift them so that water would not funnel towards the house but instead slide down the natural decline a driveway should have, toward the street. The process was efficient and took little to no time to complete, which amazed our clients. With the polyurethane curing, they mentioned to Mark, "I wish we had this a few years ago." With a permanently levelled and safe driveway, these homeowners no longer have to be swimming in problems. 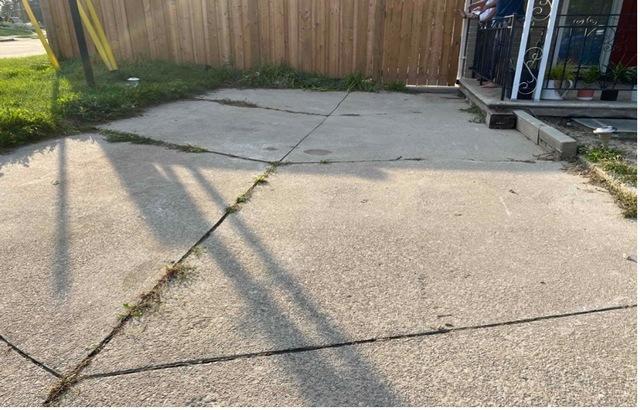 Before: Notice how tall the left side is and sloped to the right. 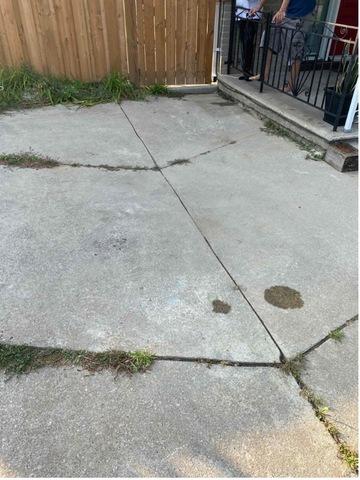 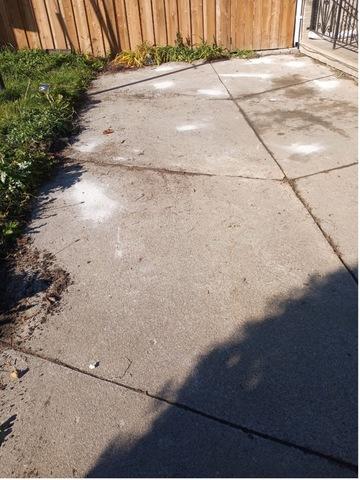 After: Polyurethane injections were made in the lower points of the driveway to lift the concrete to its original position. 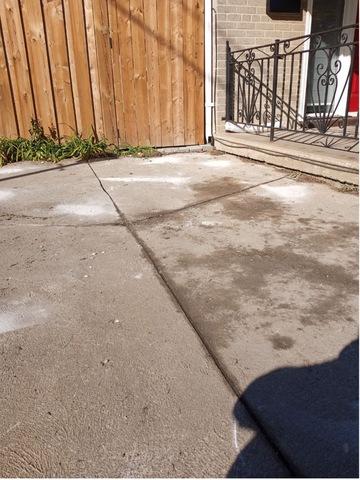 After: A lower angle to see the difference.

Photo Gallery: Pooling Driveway in Toronto Ontario
Back to Previous Page
Back to Case Studies