Often, homeowners don't consider shifting concrete an issue. In this circumstance, a driveway slab was sinking towards the home and exposing the home's foundation. This worried our new clients in Burlington, Ontario. Any rainfall coming in would pool the water towards the basement window and the foundation, compromising its integrity. With the foundation at risk, our clients were also concerned about how much a repair would cost for the damaged foundation. Essentially this problem needed to be fixed before the rain fixed it another way.

Canadian Concrete Leveling was contacted, and Project Manager Danny Dos Santos was called to the scene to see what could be done to fix the walkway. He suggested PolyLevel® to help level the concrete, and to seal off the floor-to-wall joints, NexusPro® would be applied. With a detailed schematic provided by Danny as to what was going to happen, the homeowners felt at ease knowing it would be time-efficient, less costly than replacing the whole concrete walkway, and it would be easy to do. Later that week, Bill McKeown, our Installation Supervisor injected the slabs with the PolyLevel®. Wowing the homeowners, he managed to have it done in under 15 minutes, leaving 60 minutes to cure fully. While healing, he provided the sealer, and boom, it was done! The homeowners were taken back by how fast it all happened and how clean the job turned out. Looking out the basement window will be less problematic now. 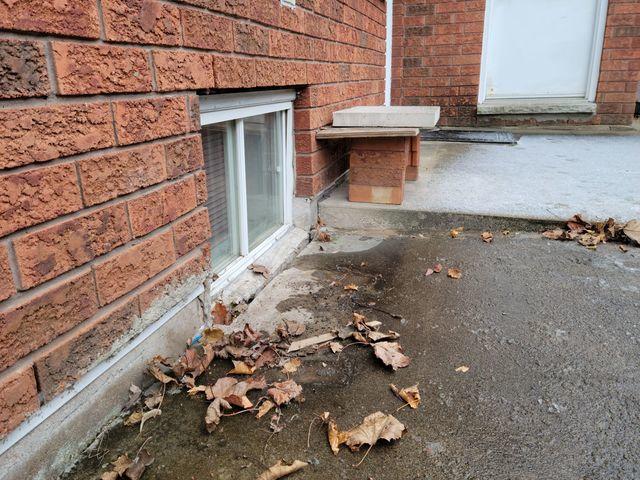 Before: Notice near the window, you can see the foundation being slightly exposed and the driveway caused a lip where to porch meets. 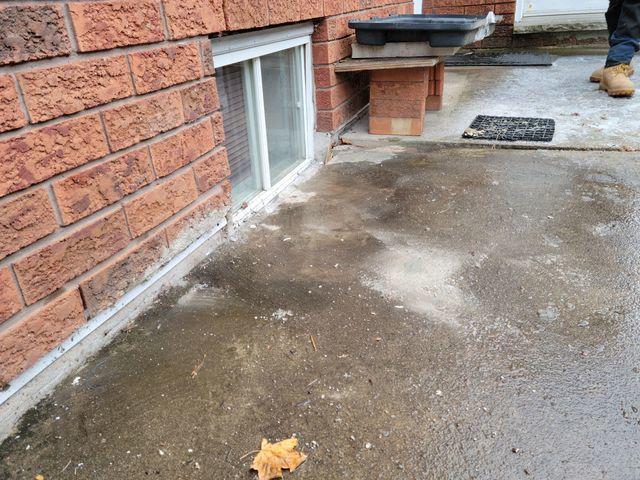 After: A few PolyLevel® injections leveled things out well!

Before & After Photos: PolyLevel® Basement Window / Sloped Driveway | Burlington, Ontario
Back to Previous Page
Back to Case Studies