Polyurethane Injection in Oakville, ON 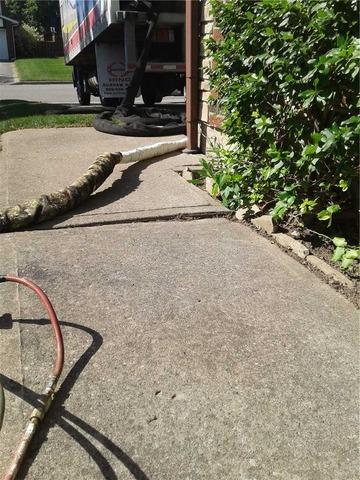 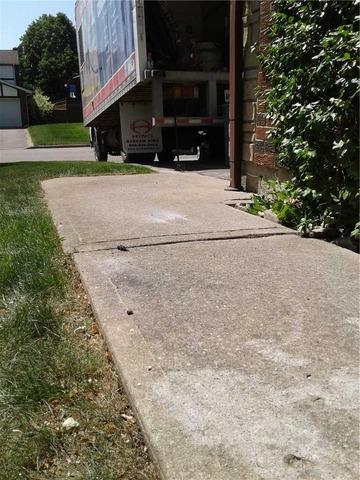 This walkway on the side of our customer’s home posed a significant tripping hazard. Also, the concrete had sloped towards the foundation which could cause water to pool damaging the house. Luckily, Canadian Concrete Leveling had the perfect solution for the settled and sinking concrete. Polyurethane was injected to lift and stabilize the customer's walkway. The transformation is incredible!

Side Walkway Causing Hazard, Oakville, ON 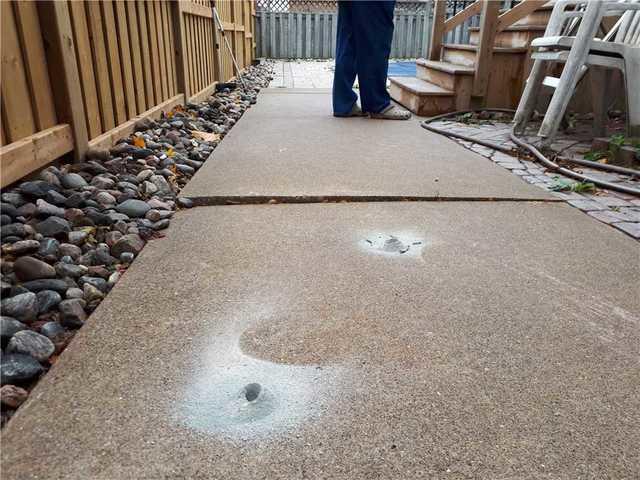 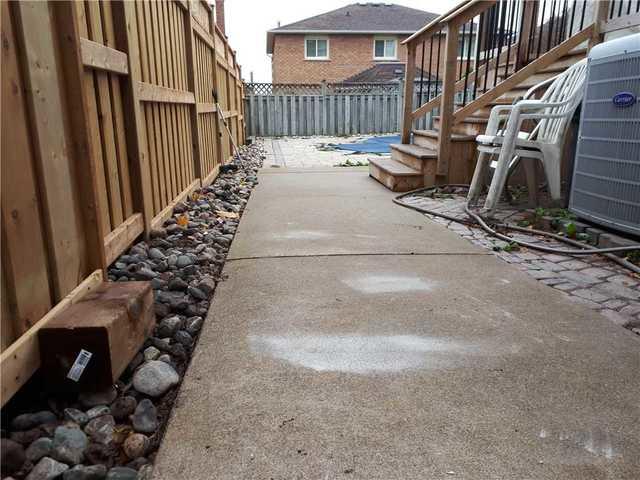 The customer called Clarke Basement Systems and spoke to John DiNicolantonio, the Project Lead, who explained everything that would be done. The Canadian Concrete Leveling Foreman , Billy McKeown, drilled small, dime sized holes through the concrete and injected our PolyLevel Foam underneath the slabs. The foam followed the path of least resistance underneath the concrete to fill all of the voids and then expanded. We were able to use the expansion of the foam to lift the walkway to protect them from further settlement and eliminate trip hazards. 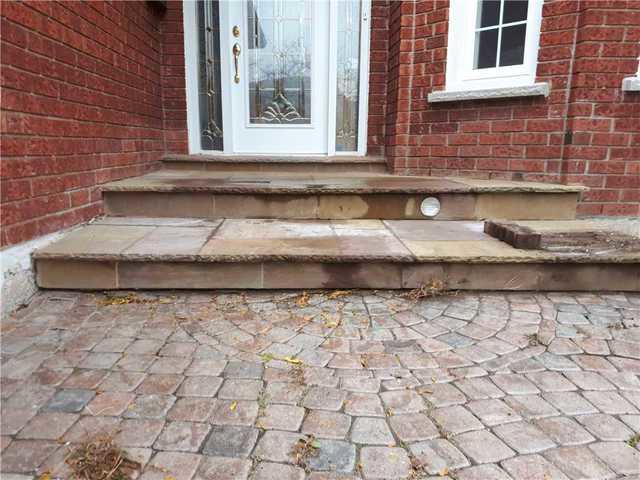 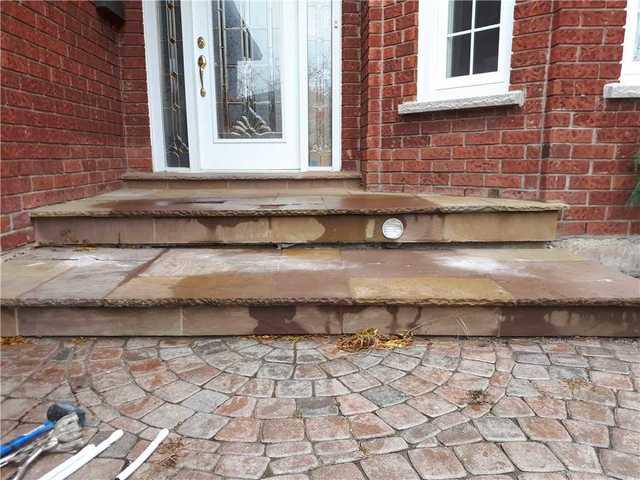 A home in Oakville, Ontario, had problems at the at the front of the home. The front step had sunk about 1.5” causing a large trip hazard with the patio. The drop made the step up to the patio larger than regulation and was an eyesore. The customer had bad knees and would struggle to get up the step. The customer was also dissatisfied with the aesthetics of the gap and wanted to get it fixed.

The customer called Clarke Basement Systems and spoke to John DiNicolantonio, the Project Lead, who explained everything that would be done. The Canadian Concrete Leveling Foreman, Billy McKeown, drilled small, dime sized holes through the concrete and injected our PolyLevel Foam underneath the slabs. Our PolyLevel Foam System is injected beneath the concrete to lift and level the slabs. Our expanding foam is compress the substrate and lift the concrete to ensure the area is protected from further settlement. We were able to use the expansion of the foam to lift the walkway to protect them from further settlement and eliminate trip hazards. The customer was satisfied that we could correct the sunken concrete without having to rip and replace the current steps. 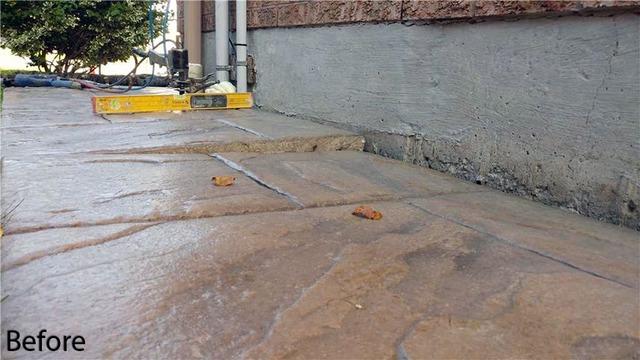 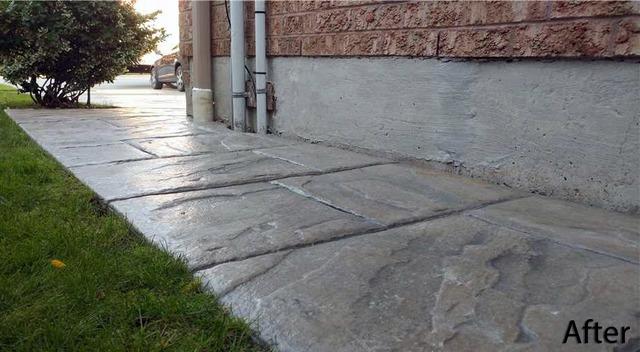 It’s a fact that kids love playtime. Not only is it a time to make friends and memories, but it’s good for them too. What isn’t good is dealing with multiple tripping hazards standing between your home and your child’s playground.

A customer in Mississauga, Ontario, noticed the patio next to his house had started to slope towards the foundation, and several tripping hazards had formed when the concrete shifted. He was concerned about his six-year-old daughter using the walkway to access the backyard without tripping, and he wanted to keep water away from his home. Wanting to ensure his family’s safety, he reached out to Canadian Concrete Leveling.

Project Manager CJ Sharp met with the customer to inspect his walkway. While talking with the concerned parent, CJ recommended the best solution for this problem. Once a production date was scheduled for the repair, Foreman Kyle McKeown worked hard using our PolyLevel® Injection System to lift and level the patio. Kyle also fixed additional tripping hazards along with the customer’s driveway.

The customer was amazed that he could see immediate results. He loves the way his walkway and driveway look now and is thrilled that his family is safe. 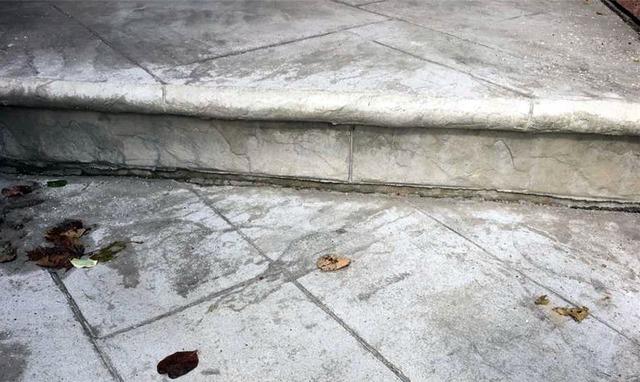 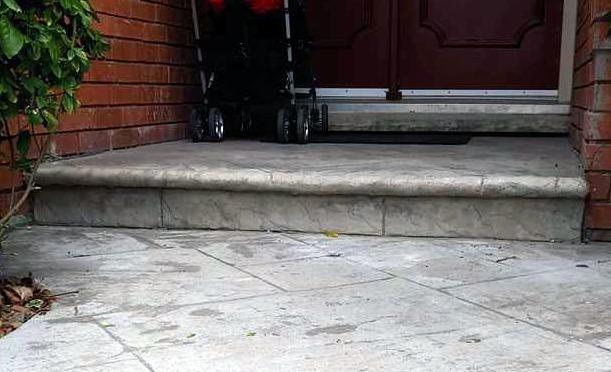 Front walkways and entryways are one of the most used areas in our home. So, when something goes wrong with these spots, it’s hard to ignore.

A customer in Mississauga, Ontario, had a concrete front step that had sunk significantly. The step had turned into a tripping hazard, and the homeowner wanted it dealt with before someone got hurt.

He reached out to Canadian Concrete Leveling and met with Project Manager Joe McColl to review his options before a date was set for the repair. Foreman Kyle McKeown drilled holes in the top of the step and injected our PolyLevel® polyurethane beneath the concrete slab to lift it. To finish the job, he patched the drill holes with fresh concrete.

The customer is very pleased that their tripping hazard is gone for good. They can now use their front steps without worrying about anyone getting hurt.